Legend of the Chambered 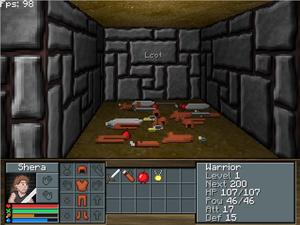 A screenshot from Legend of the Chambered

Legend of the Chambered was a game created by Notch. He later lost interest and gave up on it, as he said on his (now deleted) project page. It was released at an unknown date before May 27, 2008.

The game starts in winding stone chambers that needs to be explored. At the very beginning you will find a niche with a pile of loot on the floor. You can take the following items to put in your inventory:

The inventory has 4 slots to put armor, 2 for weapons, 1 for quiver and amulet, 2 for apple and 2 for ring, totalling up to 12 slots. 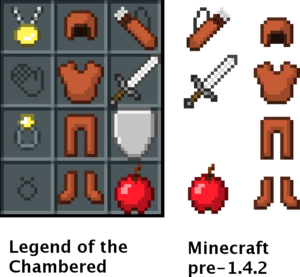